From St. John's Newfoundland to the tiny northern community of Normal Wells, Northwest Territories, and 500-plus places in between, ABC Life Literacy Canada is helping Canadians to keep learning. ABC Life Literacy creates and distributes Money Matters learning materials for volunteer-run workshops on a host of topics, including financial literacy, stress management and healthy living.

"Our goal is to help learners have all the skills that they need to live a fully engaged life," said Mack Rogers, Executive Director of ABC Life Literacy Canada. It's a huge mission in an even bigger country—a daunting prospect when you consider that ABC Life Literacy has a team of only 12 people to do the work.

One of its biggest challenges is data, which the teams collects through tracking the effectiveness of the organization's programs through surveys taken from each of the more than 500 community program sites.

Enter a group of six volunteers from TD who are putting their skills to use to help solve ABC Life Literacy's data problem. As part of the newly launched TD Mindpower program, these volunteers are data and analytics professionals from across the bank who were paired with ABC Life Literacy to help non-profit organizations like them improve their data and analytics capabilities so they can focus on creating more community impact. 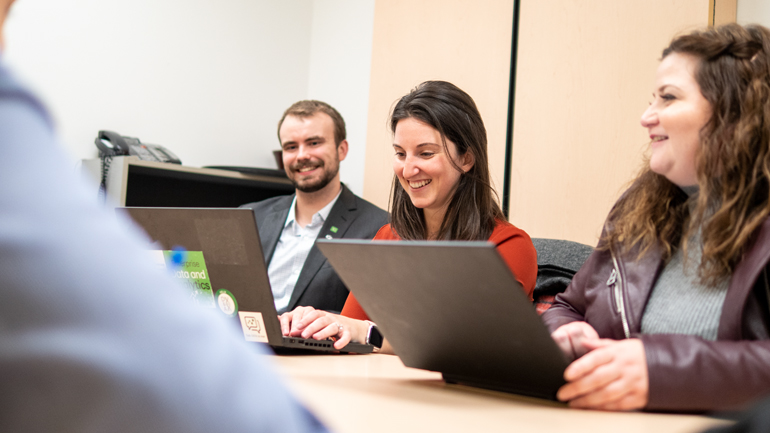 Since January, Lukasz Laskowski, a Data Analyst working in the Enterprise Data and Analytics team at TD, has been lending his spreadsheet wizardry to ABC Life Literacy's adult financial literacy program, Money Matters, through the TD Mindpower initiative.

"I would say that the most the prominent asset that I bring is in Visual Basic [a Microsoft programming language] because the reporting tool ABC Life Literacy uses is based in Excel," said Laskowski. "Those skills allowed me to bring a lot of automation to their data collection tool."

The goal, says Laskowski, is to automate as much of the process of inputting data as possible, while creating a user interface that can free up time for ABC Life Literacy's small-but-mighty team of 12 to focus on its mission and to further extend its program reach. 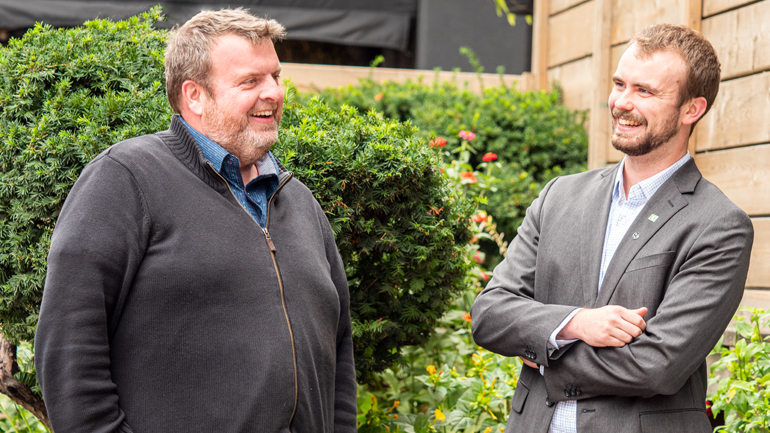 Rogers says Mindpower is having a noticeable impact. "The TD Mindpower team created a powerful tool and provided this critical lens," said Rogers. "They identified a lot of ways that we can actually be more efficient and improve our evaluation metrics and analysis." For Laskowski, the opportunity to apply his data skills in a way that went beyond his day job has been rewarding.

"After I graduated I wondered what else I could do to give back," he said. "Through my network at TD, I heard about Mindpower. I'm now helping others while improving my own abilities at the same time."

Since completing its pilot phase in the spring of 2019, TD employees have volunteered over 1,500 hours and worked with six organizations through the Mindpower program. Today, the number of non-profit participants has doubled to 12 across four locations: Toronto and Montreal in Canada, and Portland, Maine and Philadelphia, Pennsylvania in the United States.

TD Mindpower, which is organized by TD's Enterprise Data and Analytics team, aligns with The Ready Commitment, where TD aspires to link its business, philanthropy and human capital to help people have opportunities to succeed.

Want to learn more about TD Innovation?
How the new TD Fusion Centre in Singapore is fueling a 'follow-the-sun' approach to threat management
Solving the cyber talent shortage one graduate at a time
How one woman is helping define the next generation of AI