After the skies cleared and the gusts died down, communities throughout the East Coast began to assess the damage from this historic storm. Floodwaters damaged homes, destroyed businesses and ruined priceless possessions. Yet, in true East Coast-style, people came together to help one another.

A community comes together

TD has deep roots across Atlantic Canada, with 51 branches across Nova Scotia, New Brunswick, PEI and Newfoundland. Many of these branches were able to regain power and welcome customers and non-customers to come in, warm up and charge their devices.

In especially hard-hit areas—specifically, Truro, New Glasgow, and Sydney in Nova Scotia and Charlottetown and Summerside in PEI—branches received cleanup supplies, such as tarps, garbage bags, rags, paper towels and work gloves that were distributed to community members.

Alexandra Keough is a TD branch manager in Sydney, Nova Scotia, and she recalls being overwhelmed when the pallets of supplies arrived. She and her team decided to create "grab-and-go" hurricane relief kits to get these supplies out to people as quickly and efficiently as possible.

While the kits were available in-branch, the YMCA also volunteered to take some and drove them around town, handing them out to anyone who needed help with their yard cleanup.

A week later, TD shipped bread, fruit and non-perishables in for the Sydney branch to distribute to the community. Keough's team laid everything out on a big table in the branch lobby so people could take what they needed.

"You could actually see tears in peoples' eyes that they were able to get food from us because they didn't have anything left after the storm," Keough said.

"Even a week, 10 days after the storm, they're coming in and saying, 'can we take this? Is this free?' They would tell us how they lost everything and that this little bit of food was going to help get them and their family get through the week."

The Sydney branch was able to open on the afternoon of Monday, September 26, just two days after Fiona hit. For the first week it was relatively quiet, but by the next week, Keough said she had never seen it so busy. Many customers were coming in to take out cash since most local businesses couldn't take card payments, and ATMs across town were down. 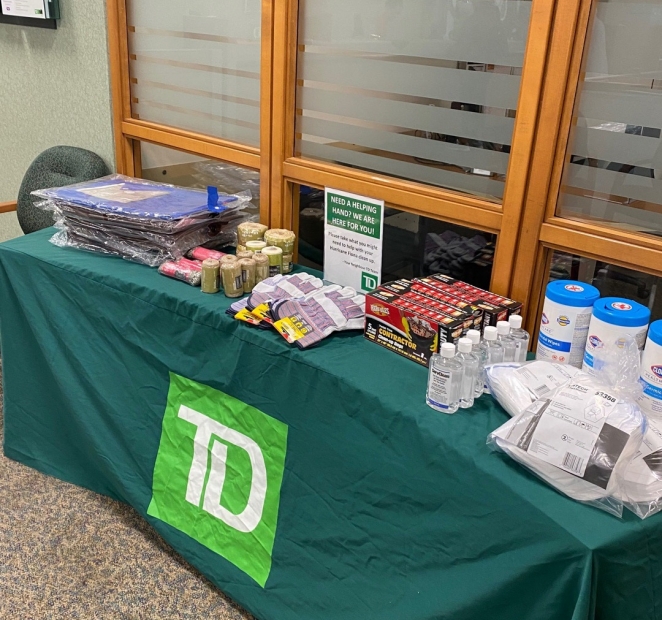 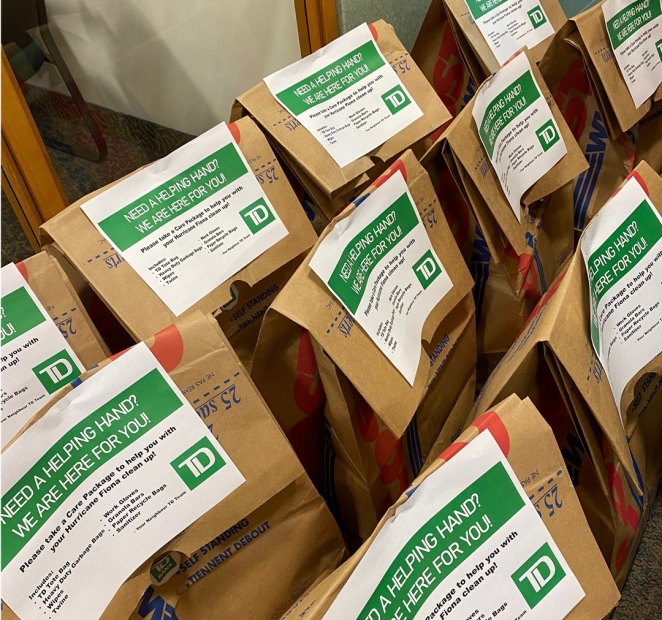 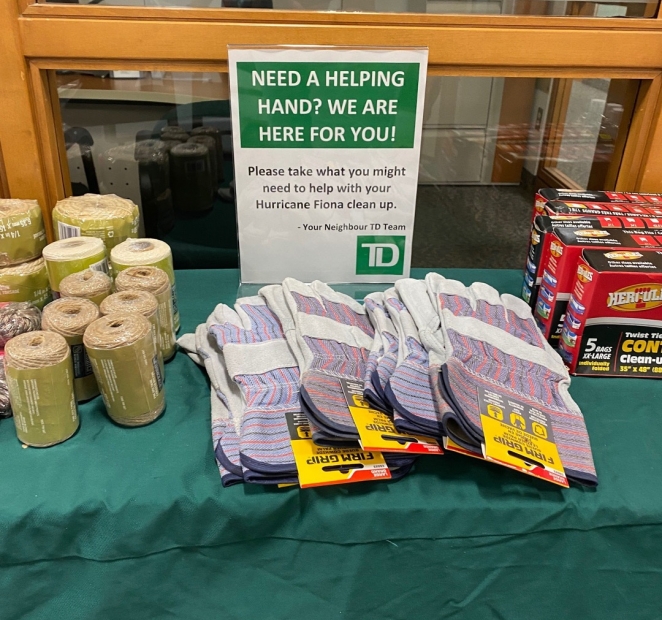 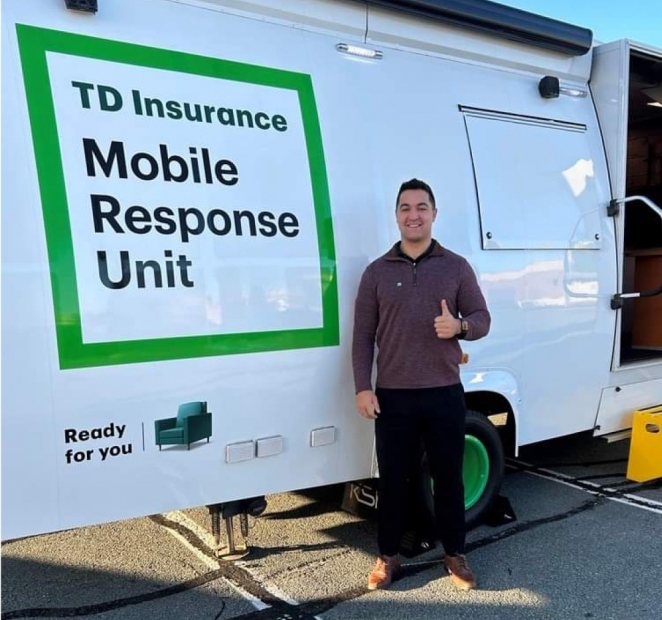 The Bank also activated the TD Helps program across Atlantic Canada. TD Helps offers customers a range of options to help with their finances when disaster strikes, including deferrals on mortgage payments, making credit available, and relief on fees, such as NSF (non-sufficient fund) fees, OFI (other financial institution) ATM fees, and any fees for when customers go over credit card limits or if customers issue stop payments on cheques or preauthorized payments.

For TD Insurance customers in many parts of the region, there was support on the ground before the storm hit. The TD Insurance Catastrophe Claims Advisor Teams travelled to Halifax in advance of the hurricane landfall and were able to start reviewing claims as early as Sunday after the storm passed through certain areas.

For TD Insurance customers in Sydney who wanted to connect in person to review their claims, they were greeted by members of the TD Insurance Mobile Response Unit, set up in the parking lot of the Sydney branch for 10 days to answer questions and provide support. Afterwards, the Response Unit travelled to Dartmouth to set up at the Gale Terrace branch.

"Our top priority is to be there for our customers when it matters most," said Craig Richardson, Vice President of Claims for TD Insurance. "In this instance, our teams were ready on day-one to help our customers with on the ground support, via our phone channels and through our digital capabilities at a truly devastating time."

Those TD Insurance customers affected throughout Atlantic Canada can start and continue to manage their claims online, or through the TD MyInsurance app.

Immediately following Hurricane Fiona, TD committed $200,000 to support the Canadian Red Cross in its humanitarian efforts as well as an additional $50,000 to support community organizations focused on food security in the most affected areas of the Maritimes.

The Bank made it easy for Canadian customers to donate to the Red Cross at TD branches across the country and through callouts on EasyWeb and EasyLine.

In Sydney, Keough has continued to be amazed by her team, many of whom were without electricity at home for at least a week.

"When I said, 'hey, we've got our power back, we're going to reopen on Monday,' they were like, 'what can we do to help?' Even with a lot of them not having the ability to have a hot shower or a hot meal, they have been incredibly resilient and optimistic to come in to work knowing our customers really needed us."

Want to learn more about Community?
Financial Literacy Month: Supporting financial literacy in the Cree Nation of Chisasibi
7 emerging artists from the Indigenous community to listen to now
Inside the climate-change-fighting Boreal Wildlands Carbon Project